Here are some excellent new theology books * that will be released in April 2020 :

* broadly interpreted, including ethics, church history, biblical studies, and other areas that intersect with theology

U. of Notre Dame Press

In Theological Territories, David Bentley Hart, one of America’s most eminent contemporary writers on religion, reflects on the state of theology “at the borders” of other fields of discourse―metaphysics, philosophy of mind, science, the arts, ethics, and biblical hermeneutics in particular. The book advances many of Hart’s larger theological projects, developing and deepening numerous dimensions of his previous work. Theological Territories constitutes something of a manifesto regarding the manner in which theology should engage other fields of concern and scholarship.

The essays are divided into five sections on the nature of theology, the relations between theology and science, the connections between gospel and culture, literary representations of and engagements with transcendence, and the New Testament. Hart responds to influential books, theologians, philosophers, and poets, including Rowan Williams, Jean-Luc Marion, Tomáš Halík, Sergei Bulgakov, Jennifer Newsome Martin, and David Jones, among others. The twenty-six chapters are drawn from live addresses delivered in various settings. Most of the material has never been printed before, and those parts that have appear here in expanded form. Throughout, these essays show how Hart’s mind works with the academic veneer of more formal pieces stripped away. The book will appeal to both academic and non-academic readers interested in the place of theology in the modern world. 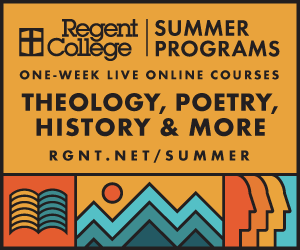 A meditation on the conversions, betrayals, and divine revelations of motherhood.

What if Augustine’s Confessions had been written not by a man, but by a mother? How might her tales of desire, temptation, and transformation differ from his? In this memoir, Natalie Carnes describes giving birth to a daughter and beginning a story of conversion strikingly unlike Augustine’s―even as his journey becomes a surprising companion to her own.

The challenges Carnes recounts will be familiar to many parents. She wonders what and how much she should ask her daughter to suffer in resisting racism, patriarchy, and injustice. She wrestles with an impulse to compel her child to flourish, and reflects on what this desire reveals about human freedom. She negotiates the conflicting demands of a religiously divided home, a working motherhood, and a variety of social expectations, and traces the hopes and anxieties such negotiations expose. The demands of motherhood continually open for her new modes of reflection about deep Christian commitments and age-old human questions.

Addressing first her child and then her God, Carnes narrates how a child she once held within her body grows increasingly separate, provoking painful but generative change. Having given birth, she finds that she herself is reborn.

Your church occasions and the pandemic

The Hebrew Bible: A Translation with Commentary

Books of The Bible Bookmarks Multi-Pack (75)

The Complete Apocrypha: 2018 Edition with Enoch, Jasher, and Jubilees