While many people around the world are reaching for soap, water, and antibacterial hand gel to prevent the transmission of the new corona virus, Angelina doesn't have this luxury.

Her family and a neighboring family had no access to water and sanitation services from local authorities in January 2019. Fifteen months later, they still don't have access.

All in an attempt to force them to give up their Protestant beliefs.

By April 2, Mexico had reported more than 1,500 cases of COVID-19, with 50 deaths confirmed. Just three days earlier, the government announced a national health emergency that did not involve major activities, prohibited gatherings of over 50 people, and encouraged the population to "stay at home as long as possible."

50-year-old Angelina lives with her three adult children in central Hidalgo, where 26 confirmed cases, 3 deaths and a further 65 suspected cases are reported. As this number will almost certainly increase in the coming days, her family and others like her have no access to any of the first lines of defense against this invisible threat.

Article 4 of the Mexican Constitution states: "Everyone has the right to access, dispose of and treat water for personal and private use in a sufficient, safe, acceptable and affordable way." This right is not enjoyed by everyone. The right to freedom of religion or belief does not exist either.

Mexico is currently on a watch list for the U.S. Commission for International Religious Freedom (USCIRF), which was previously classified as a Tier 2 country. Moderate and serious violations of religious freedom are still common, particularly in the states of Hidalgo, Chiapas, Oaxaca and Guerrero. (Editor's Note: From 2015 to 2019, Open Doors even put Mexico on the World Watch List of Christian Persecution, where it ranked 38th to 41st among the 50 worst countries.)

The Mexican government's reluctance to proactively defend religious freedom is often reinforced by the National Usage and Customs Act, which gives indigenous communities considerable autonomy in implementing and maintaining their own social and cultural norms.

This law is to be exercised in accordance with the human rights guarantees in the Mexican Constitution. In practice, however, this is not enforced. Many local community leaders who work under the law prescribe a common religious practice and belief – which forces all members of the community to participate in or be punished for the majority's religious activities.

One of the most common violations of religious freedom in Mexico is restricting access to basic services, including water and electricity. On January 14, 2019, the authorities stopped supplying water and sanitation to two Protestant families in the mainly subsistence farming village of La Mesa Limantitla in the Hidalgo municipality of Huejutla after Angelina and the others asked for the mandatory financial contributions and related community work to be freed to celebrate Roman Catholic festivals and activities. Today, they are no longer recognized as members of the community and have to walk half a mile to access water. 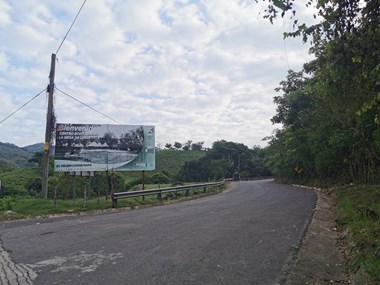 In addition to depriving religious minorities of access to basic services and even education, women in these groups can be selected for particularly harsh treatment.

In the case of La Mesa Limantitla, Angelina was also deprived of her position as a community representative for Bienstar, a government welfare program. She was systematically ostracized and left unsupported after local authorities threatened to deny other community members access to basic services when they visited her during her hysterectomy recovery in July 2019. Angelina told CSW, a UK-based advocacy group for religious freedom. As a result, no one visited them or offered support after the operation.

Angelina's daughter-in-law, who lived with her after the operation as a caregiver, had to return to her own home in the community because she was pregnant and could not continue without access to water and sewage services, which left her mother in isolation and alone.

The lack of access to clean water can lead to serious health problems such as malnutrition, diarrhea and gastrointestinal disorders, which is a burden for both those affected and the sick. The coronavirus pandemic is a real problem for many, but is particularly important for those without basic sanitation.

The government often tries to correct such situations in the form of “agreements” and “negotiations”, which sometimes even lead to further violations of freedom of religion or belief. For example, in an agreement with a Buenavista Bahuitz congregation in Chiapas, Margaritas, children were prohibited from speaking about their faith, and Protestants in the congregation were required to pay an annual special tax.

Reports have surfaced in recent days indicating that the government may have agreed to pay an illegal fine to restore the two families' access to water. If these prove to be true, they highlight another aspect of the reality families like Angelina face: in the rare cases that the government takes action, true justice is not served; Those responsible for reducing services are not held accountable for their actions. As a result, victims remain vulnerable to recurrence. 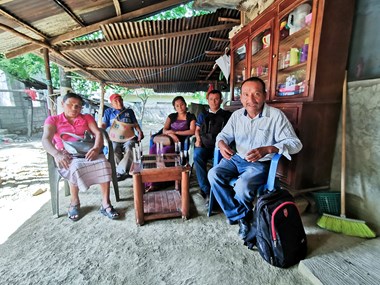 In another example, an agreement was reached in February 2016 that 27 Protestant families in Unión Juárez, Chiapas, Trinitaria, would have access to water and electricity again. This happened just a few days after Pope Francis visited the state, and the case was officially resolved in April 2016 after the government paid the local authorities a fine of 350,000 pesos (then about $ 18,500 at the time). However, the fine was illegal and the fact that the state paid it is a bad precedent that could be used to justify future acts of discrimination.

Mision 21 Gramos, a Chiapas-based NGO that supports vulnerable groups – especially those who are subject to religious persecution – reported to CSW that a significant number of such cases remain open and unresolved in Chiapas. In a particularly impressive example, approximately 31 Protestant families in the village of Mariano Matamoros in the municipality of Chiapas in Venustiano Carranza have been denied access to water, sewage and other basic services since 2012. As a result, these families suffer from a variety of problems from diseases such as diarrhea, gastrointestinal disorders, parasites and malnutrition. (According to Mision 21 Gramos, the death of two older men with diabetes may be somewhat related to this lack of access to water.)

Chiapas has previously reported 15 cases of COVID-19. Experts say that if you keep your hands clean with soap and water, one of the easiest ways to prevent the transmission of the new corona virus is by keeping your hands clean. But it will be almost impossible for minority Protestants in such communities to maintain good hygiene.

Emily Featherstone is CSW's advocacy officer for Latin America. CSW is a human rights organization that specializes in the right to freedom of religion and belief.

Speaking is Christianity Today's guest opinion column does not necessarily represent the magazine's opinion (in contrast to an editorial).

God hears our cries (half 7 of seven)