In recent years journalists – including this Vatican observer – and experts in a variety of related or related fields have written ad nauseam about the "state of reform" in the Catholic Church, particularly with regard to legal reform, broader legal reform and general reform of leadership culture.

The premise has always been the same: at every level of church life and governance, conscious and deliberate reform efforts are being made, driven by individuals appalled by the status quo and led by reformers who want to get it right.

The events of the past two weeks make it clear that it is time to question this premise.

At the very least, it's time to allow cases in front of the public to suggest that things might be different.

Last week Pope Francis accepted the resignation of Bishop Michael J. Hoeppner of the Diocese of Crookston, Mn. Crookston said Pope Francis asked Hoeppner to resign after an investigation was conducted under the auspices of Vos estis lux mundi – the major paper reforms that allegedly facilitate reporting of abuse and cover-up and streamline the investigation and prosecution of abuse and cover-up allegations should.

Allegations have been public for years, stating that Bishop Hoeppner pressured a man in training for the Crookston Diaconate to remain silent about abuse he allegedly suffered and asked the man to retract his claim – what the fellow did in a 2015 letter.

Bishop Hoeppner has rejected the accusation of coercion and declared under oath that he had declared Grundhaus fit for service despite knowledge of the accusation in order to protect the identity of the alleged victim.

Neither the Vatican nor Crookston disclosed details of the results of the late investigation into Vos estis.

When discussing the matter in a letter to the Crookston faithful, Bishop Hoeppner wrote that his resignation was due to an investigation into reports that “he had failed to comply with applicable norms when he was alleged of sexual abuse involving diocesan clergy were put forward by Crookston. "

Has the subject of the investigation changed? Is that an indication of the results? Why not just come out and say what happened and who made which judgments and why?

Then – maybe – bringing the apparent discrepancy to the public and hoping someone would notice was the best the locals could do. Time and again, employees in all sorts of large, multi-tier organizations need to find a way to work under constraints they would rather not have. But why?

Basically, what the Archdiocese of St. Paul-Minneapolis said was that the investigation – three of them or a large investigation in three discrete stages, depending on how you slice it – was very thorough indeed. However, St. Paul-Minneapolis said next to nothing about the actual contents of the report that went to the Vatican, nothing about subsequent trials, their eventual outcome, penalties, restrictions, sanctions, or any other action taken (or not) against Hoeppner ).

When I asked the Vatican whether Bishop Hoeppner had retired, the press office referred me to Crookston's statement. I had already written to Crookston and would write again. Crookston never acknowledged receipt of my inquiries. When I asked St. Paul Minneapolis, their communications department referred me to the Vatican. I called the Congregation for Bishops this week and wrote my questions in an email (according to their instructions) addressed to the secretary: Archbishop Ilson de Jesus Montanari. Grilling.

"The Olympics in CYA," is how a friend described it – I wish I had made it up myself – mischievously and accurately.

Bishop Hoeppner celebrated his own Farewell Mass last week, apologizing for “any mistakes that are mine” and insisted that the liturgy he celebrated was “a mass of thanks” for his 13½ years in Crookston. "It was a real pleasure," he said, "and a pleasure."

Also last week, it was announced that the Archdiocese of Cincinnati is planning to re-appoint a former auxiliary bishop and head of the Diocesan Priest's Personnel Committee who has allowed a priest with multiple allegations of improper conduct to pastor the parish for several parishes with the largest Catholic elementary school in the country State of Ohio.

Two things happened in 2018: Ms. Drew apparently requested a transfer to the parish and school of St. Ignatius because it was closer to Drew's sick mother. Archbishop Schnurr learned of the complaint in 2015 – but not before Drew's transfer to St. Ignatius took place. 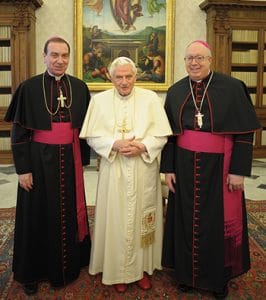 Abstract: Bishop Binzer chose to quietly handle complaints of inappropriate behavior and apparently arranged things so that the Human Resources Department had the complaints off file when they moved Drew's 2018 motion to be assigned to the parish with what is believed to be the largest Catholic parish Elementary school tested in the state.

The parents found out and they didn't like it.

Take a look at the timeline: Archbishop Schnurr left Bishop Binzer for about a year after he had stopped dealing with Father Dr. Drew's business.

Incidentally, Binzer also retained his seat on the USCCB's child protection committee during this time.

In 2019, Ms. Drew was arrested and charged with multiple child rape. Drew is not guilty of criminal charges and faces a potential life sentence for repeatedly raping a boy years before entering priesthood training.

The Archdiocese of Cincinnati eventually sent a package of files to the Congregation of Bishops, and Bishop Binzer eventually resigned as a conscript, but what exactly, if anything, emerged from that report to this day remains largely a mystery. The report appears to be narrow in scope.

Prosecutors in the rape case against P. Drew allege they have found evidence of various reports and plan to call witnesses. FOX19NOW, a subsidiary of Local Fox News, has one in a story about the denial of Drew's motion to have the case dismissed by a judge – a fairly normal part of the pre-trial where prosecutors have to specify how they intend to organize and present evidence Link added to filing, which suggests Church investigators had much more to find if they felt like finding it.

The choppy sea in Buffalo, New York, was the most well-known case of abuse and cover-up in the Vos estis era in the US (with the exception of L’Affaire McCarrick, who is in a class of his own).

There the Holy See spectacularly decided not to apply the new law at all. Instead, they opted for a conspicuously confidential apostolic visitation. 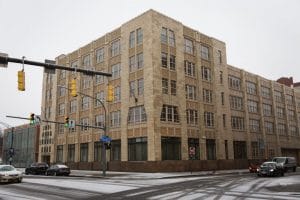 The building of the Catholic Diocese of Buffalo on December 4, 2019 on Main Street in Buffalo, New York. (AARON LYNETT / AFP via Getty Images)

It did so after whistleblowers and investigative reporters collected and presented evidence of protracted and significant government failures for nearly two years, and despite demands that Church leaders intervene since at least 2018.

Bishop Nicholas DiMarzio of Brooklyn is the subject of an investigation by Vos estis – possibly on hold pending civil matters to be resolved – but has also been appointed bishop to conduct the Buffalo visitation.

Some retired Polish bishops have been examined and tried and sanctioned under Vos estis, but bishops like Cardinal Philippe Barbarin in Lyon have not.

In Crookston, the main question was where Bishop Hoeppner's actions fell on the Corleone scale. Even so, Pope Francis allowed Hoeppner to resign instead of being deposed and let him celebrate his own farewell mass and set the terms for his departure. Apparently he lets him come and go as he pleases from the diocese.

As I noted recently, early retirement with honor and a new address in the sun belt is not a punishment, but a reward.

The wide and the narrow

If Vos estis doesn't also work in places like Buffalo and Cincinnati, where things are clearly wrong, then it's really not much good.

On the way to this weekend, reports report a nationwide investigation into the handling of abuse cases by the Wisconsin Catholic Church, led by Attorney General Josh Kaul. There is evidence that the scope of the investigation is broad – including abuse of minors and adults – but the Herald is awaiting confirmation. 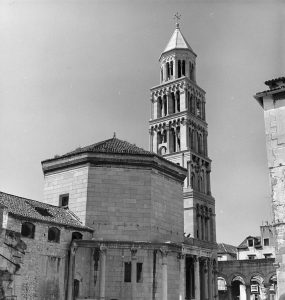 Green Bay Diocese says there will be a meeting with the Wisconsin Department of Justice on Monday after which we will be sure to know more.

Wisconsin's investigation is neither the first nor the only one of its kind. In November 2018, it was clear that the Catholic Church's home would be clean in one way or another. The only questions were: whether it would be churchmen doing the cleansing or Caesar; and whether the cleaning would come before the fire sale or after? As early as 2019 it was clear that “Caesar” and “After” were becoming the most likely answers with each passing day.

Also on Friday, The Pillar reported that the Congregation for Bishops had received several complaints about Bishop Rick Stika of Knoxville, who may be subject to an investigation by Vos estis as a result. One of them concerns a seminarist in particular, against whom several "border violations" are asserted. The seminarian lived with Stika and took care of Cardinal Justin Rigali (86 and in frail health, who also lives with Stika) while he – that is, the seminarian – carries out a two-year “discernment phase”.

The column reports that Bishop Stika is convinced there is nothing to see there, but also cites an unnamed official in the Congregation of Bishops who says the complaints against Stika are "not easy matters and are being seriously considered".

"If you tell this story, you will be embarrassed in a few days," Stika told The Pillar.

Do you know what all that would clear up? If you said "an investigation" you win the award.

Only here is the thing: if Vos estis is to be anything but the courthouse in the Potemkin village of church reform, churchmen high and low must apply it rigorously, consistently and transparently.

If there are unwavering reformers – and we know there are some clergy who are genuinely committed to the work of rooting out the rot and fixing the leadership culture of the church – we might still reasonably wonder if they have what it takes to bring about meaningful reform.

The Synod is fastidiously shifting in the direction of larger range

Decalgeek DG-AS-1 As for Me and My House, We Will Serve The Lord Vinyl Wall Art Inspirational Quotes and Saying Home…