12 Replacements for The Kite Runner

What can a parent do if a Book like The Kite Runner is given out at school?

Students learn to read as adults; The high school literary canon reflects the following: The Great Gatsby, Great Expectations, Lord of the Flies, Fahrenheit 451, Your Eyes Watching God, Shakespeare…. All of these are "adult" books in that they are written for an adult audience. And all of them contain “chaotic” elements: violence, bad language, sexual promiscuity, trauma, dirty family stories, etc.

Yet traditional high school canon did not include books as explicitly traumatic as a book like The Kite Runner. Darkness? Yes. Disarray? Yes. We have a whole series about the darkness in school book lists. Many adults who have read and enjoyed these other "dark" books will find The Kite Runner traumatic and disturbing.

If your child's teacher allows book replacements, ask them about The Kite Runner learning goals. This will help you find a suitable replacement. In the following I will offer a few possibilities as a starting point.

All of these are "chaotic" and deal with problems similar to The Kite Runner, but all of them are less graphic, less emotionally traumatic. All of this is worth reading, however Please read reviews. As you can imagine, books that replace The Kite Runner come with some precautions of their own. Titles are linked to ratings from redeemed readers.

Note that some of these books are better for younger teenagers and others are better for older ones. The kite runner appears to be on 10th grade lists, and 10th graders span this "younger / older" teenage line. You know your children and students best!

"Speak Up" titles by minority authors

One of the underlying themes in The Kite Runner is trauma response and the need to speak out, defend the powerless, and speak out in your own defense. This is played in a family setting and also in the community. The following novels deal with similar topics.

Bring me back to you from Mitali Perkins: A young woman suffers a sexual assault at the beginning of the novel and finds healing in collaboration with a Christian organization in India that saves girls from the sex trade. This book introduces topics like bullying, sexual assault, and sex trafficking, but none of them are as vivid as The Kite Runner. Both boys and girls will enjoy this one; One of the main characters is a boy. This book has strong Christian overtones, although it is not a work of "Christian fiction".

They bring the distance close to Mitali Perkins: This story spans several generations of a family (similar to The Kite Runner) and also features a contemporary immigrant experience and religious traditions different from the Judeo-Christian tradition. This book has received huge acclaim (and we love it too!). This is a great title for girls and their mothers to read together. we have included it in ours Faith, fiction and community read along.

All past days, all coming days from Mildred Taylor: Cassie Logan (of Roll of Thunder) comes of age in this story. As a single young black woman who found her own way in the 1960s, she must fight off unwanted suitors (and their physical threats) and learn to stand up for herself. Key issues include the importance of the family, the importance of marriage, and issues of race and identity. This title is aimed more at girls than at men.

Common Dangers by Nikki Grimes: A powerful, eloquent and deeply moving poetic memory. Grimes grew up in nursing homes, had a mentally unstable mother, and was sexually abused by her stepfather. Traumatic scenes are handled sensitively and delicately, but they are no less powerful. This book has a lot more hope than The Kite Runner and would give students a much better introduction to the same subjects as abuse, betrayal, family, and friendship. However, it is difficult to read and should be saved for mature readers.

The Kite Runner is a window into the cultural and religious background of Afghanistan and the Middle East. These are books about the Middle East and / or about Muslim characters / traditions. 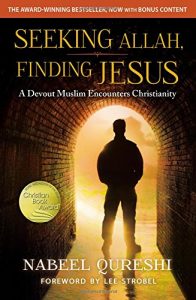 I seek Allah and find Jesus from Nabeel Kureshi: Kureshi's memoirs tell of his conversion from Islam to Christianity. We recommend this title! Readers will understand a great deal about the Muslim faith by enjoying Kureshi's story.

In the land of the blue burqas by Kate McCord: In a beautifully written memoir full of vignettes, McCord, as part of a Christian NGO, gives readers a glimpse into the people and culture of Afghanistan through their eyes.

Nowhere Boy by Katherine Marsh. Ahmed, a Muslim Syrian refugee on the run, lands in Brussels and forms an unlikely friendship with an American boy. This is a good choice for younger teenagers.

I am Malala from Malala Yousafzai. The young martyr, civil rights activist and Nobel Peace Prize laureate adapted her story for younger readers.

It's not that awful, falafel from Firoozah Dumas. An Iranian girl in a California middle school struggles to connect cultures in this compelling, semi-autobiographical narrative. A book for younger teenagers.

The sky at our feet by Nadia Hashimi. The Sky at Our Feet treats the immigration problem fairly and compassionately from the perspective of an Afghan-American boy on the run. A book for younger teenagers.

Shooting Kabul by N. H. Senzai. When the Taliban tighten their control over Afghanistan, a Muslim family escapes their land and is exposed in Oakland, California. As they adapt to American culture, their world will be shaken again until September 11th. A valuable look at how these events occurred from a different angle between the ages of 10 and 12.

Hidden Girl: The True Story of a Modern Child Slave by Shyima Hall. At the age of eight, Shyima was sold by her overburdened family to a wealthy household in Cairo. Years of relentless work followed, even after their owners moved to the United States. In America, Shyima's life changed thanks to the tireless efforts of an ICE agent. Preferably from 15 years.

Have you or your children read The Kite Runner? Do you have any other possible replacement title? Let us know in the comments!